Announcing Opening of Pre-Orders for Early-Purchase Editions with Bonus Content, and the Start of a New Manga on CoroCoro Online! New Box Art from Artist, Take, Unveiled!

World’s End Club Official Stickers will be included as an early pre-order bonus!

IzanagiGames Inc. (located in Koto-ku, Tokyo, Japan, and led by CEO/Producer Shinsuke Umeda) has announced the unveiling of brand new box art for the Nintendo Switch version of World’s End Club by illustrator, Take (best known for the Zaregoto series and Pokémon Sun and Pokémon Moon). Additionally, the opening of pre-orders for early-purchase editions of the game that will include World’s End Club Official Stickers; as well as the start of the World’s End Club manga series on CoroCoro Online, from 12:00 pm on Saturday, February 27, have been announced. World’s End Club is an adventure puzzle action game, produced and published by IzanagiGames. 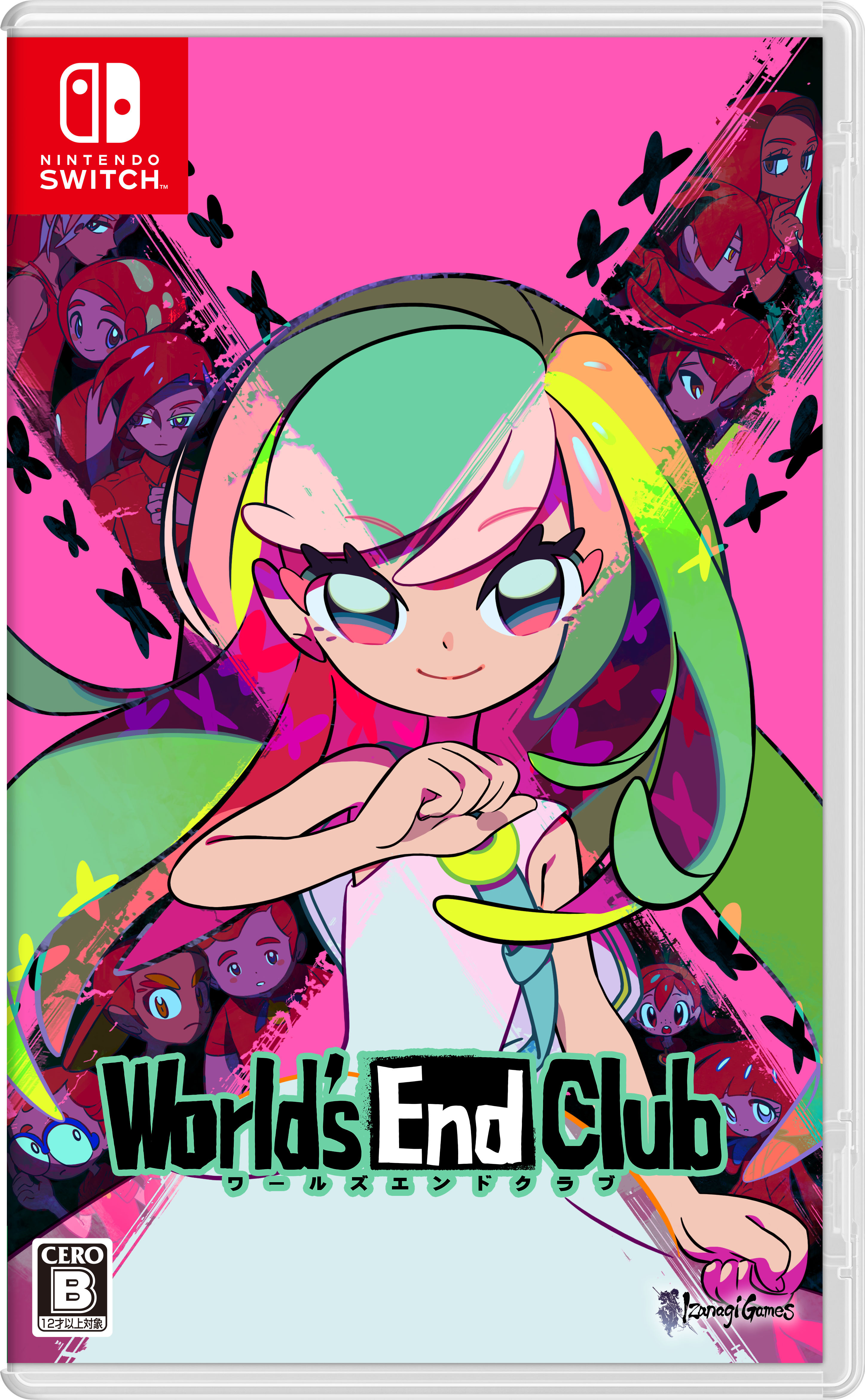 The World’s End Club manga is based on the original game scenario, taking the phrase “Together we stand, at the world’s end,” as its catchphrase, and will follow Reycho and the others on their exciting adventure.

Serialization start date: Saturday February 27, 2021, with updates every month on the 27 scheduled.

World’s End Club is an adventure puzzle action game, with a scenario written and directed by Too Kyo Games (led by Kazutaka Kodaka, the creator of the Danganronpa series, etc.) and developed by Grounding Inc. (led by Yukio Futastugi, best known for the Panzer Dragoon series, etc.). The character designer is Take (best known for the Zaregoto series and Pokémon Sun and Pokémon Moon), the producer is Shinsuke Umeda, and the publisher is IzanagiGames.

Director, scenario writer, and lavatory cleaner at Too Kyo Games. Handled direction and writing of numerous well-known game titles including the Infinity Series (Never7, Ever17, Remember11), the Zero Escape Series (Nine Hours, Nine Persons, Nine Doors, Virtue’s Last Reward, Zero Time Dilemma), and AI: The Somnium Files. He is highly praised even outside of Japan and has received numerous awards. He has delivered lectures on numerous occasions at GDC, Anime Expo and elsewhere.

IzanagiGames is headquartered in Koto-ku, Tokyo and is focused on directly accessing the global games market with titles made in collaboration with Japanese creators. By expanding the company’s range of fund procurement, IzanagiGames aims to provide opportunities for exceptional creators to make new IPs and games which are then delivered as entertainment experiences to fans across the world.